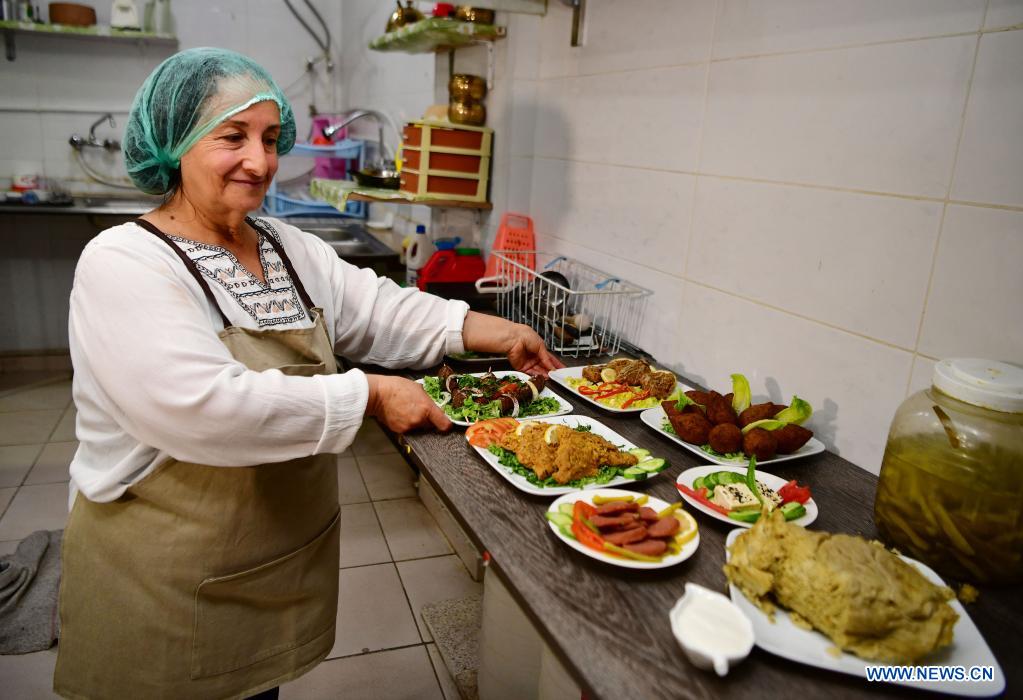 Sarai’s dream began more than 11 years ago, when she was inspired by her two children to become a vegetarian and tried to cook appealing food without meat or other animal products.

The alternatives she resorted to included seitan, wheat gluten, soy protein and soy chunks that may make her dishes taste like meat.

However, Sarai tried a home business at first for lack of money and resources needed to open a restaurant. She promoted her home-made vegetarian dishes on social media and delivered the food by bus.

When Sarai’s business flourished, she met her current partner and opened a restaurant which has grown larger in the past year and attracted more customers.

Every morning, the energetic woman comes to the kitchen, puts on a headcover and gloves, and cooks various vegetarian dishes for her customers.

She makes burgers from wheat gluten and other chicken-like dishes from soy chunks. Sarai also brought in a young dessert chef, a vegetarian who makes the dessert with natural sweeteners such as grape molasses.

The Syrian woman hopes to spread the idea of vegetarianism in her country, where meat is the main ingredient in the majority of the local cuisines, by creating a special venue for the vegetarians who may feel isolated when dining out with friends.

Sarai said the vegetarians in Sweida were surprised and happy when they found a restaurant that serves the food they love.

Zeir Atrash, a 22-year-old regular customer of Sarai’s restaurant, told Xinhua that she felt a sense of belonging after the vegetarian restaurant was opened in Sweida, as she used to feel embarrassed when going to normal restaurants with her friends.

Nowadays, even restaurants in the capital Damascus have started to order food from Sarai’s restaurant in Sweida to cater to the vegetarians and other customers curious about this kind of food.

It is worth noting that non-vegetarian eaters are attracted partly by the much cheaper prices Sarai’s restaurant offers, since many are struggling with their livelihoods amid the tough economic situation resulting from the U.S. sanctions on Syria.

“It was also a dream coming true for us and for our customers,” Sarai said proudly. Enditem